He Didn’t Invent Radio, He Just Perfected It: Tony Bruno Talks About His New Podcast “The Tony Bruno Show”- Episode 37 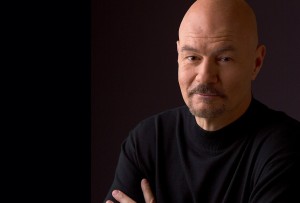 The guest of Episode 37 is Tony Bruno, host of his new podcast, aptly titled, “The Tony Bruno Show”.  Tony a Philadelphia radio icon, hosting the morning show on 610 WIP-AM (now 94 WIP-FM) and most recently worked mid-days at 97.5 The Fanatic.  Tony also has had national notoriety as one of the original hosts on ESPN Radio and Fox Sports Radio.

(As a side note: Tony recently returned to WIP filling in on the afternoon time slot with Josh Innes.  This has led to speculation that a return to terrestrial radio may be imminent.  It’s also started a Twitter battle between Tony and Mike Missanelli, afternoon host at The Fanatic.  You can read about it here.  Our interview was recorded prior to this.)

Some of the topics discussed:

The Tony Bruno Show on iTunes

Serving as a "Savings Angel": Josh Elledge of...
Finding Freedom in a Blue Collar World: “SH...

Disclosure of Material Connection: Some of the links on this website are “affiliate links.” This means if you click on the link and purchase the item, I will receive an affiliate commission. Regardless, I only recommend products or services I use personally and believe will add value to my listeners.